The “Cedar Rocket,” handcrafted from Western Red Cedar, is the world’s first, and fastest, log car. On January 20, 2016 the “Cedar Rocket” set the Guinness World Record for the fastest log car, clocking in at 74km/hr (46mi/hr).

The idea for the “Cedar Rocket” was first conceived in 2014 after Bryan Reid Sr. (Pioneer Log Homes’ founder and President), along with his friends Gerald Overton and Louis Horschel (Buffalo Turbine) had visited the Barrett Jackson car auction in Scottsdale, Arizona. The trio started pondering how they could integrate the million-dollar car market and the million-dollar home market, all the while improving the lives of others.

The answer to their myriad of questions – the “Cedar Rocket”. Starting with hand drawn sketches in 2014, the “Cedar Rocket” became a reality in the fall of 2015. Handcrafted from Western Red Cedar, just as Pioneer Log Homes are, the hollowed out log is complete with Western Red Cedar fenders and roll-bar. The car is powered both by lithium batteries and by turbines, and weighs approximately 1000 kg (2200 lbs), much of which is due to the weight of the batteries. 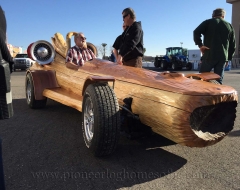 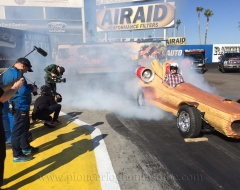 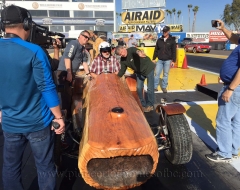 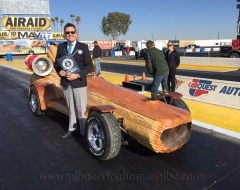 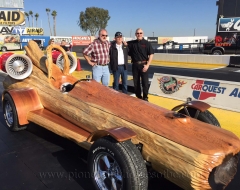 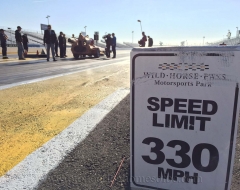 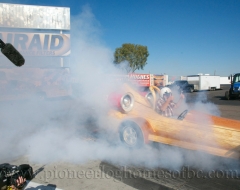 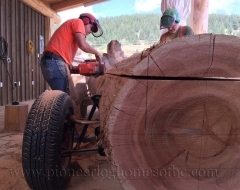