We’ve got a TV show!

The program is called TIMBER KINGS and every week you’ll get to see how we build a different log home from raw logs to a completed structure. Each episode features the artistry, craftsmanship and fearlessness of the Pioneer team, and also a little behind-the-scenes construction drama. Here’s what they’re saying about us:

“The Finest Log Homes on earth are custom-built by master log-smiths and artisans in the small town of Williams Lake, British Columbia, Canada. Each one is handcrafted in the log yard, then taken apart, shipped to destinations all around the world, and reconstructed wherever the client wants. No one else has ever built like the men and women at Pioneer Log Homes of British Columbia. They are TIMBER KINGS.”

TIMBER KINGS has been airing on HGTV Canada since January 5, 2014, every Sunday at 10pm and the American series on Discovery Channel premiered, March 8, 2014!

The Timber Kings Land on the Cover of HOSS Magazine, Examiner, June 11, 2015

How HGTV Canada built a specialty powerhouse and a global following, The Province, August 22, 2014

Manifest Destiny: Into the Wild With a Tool Belt, NYTimes.com, February 17th, 2014 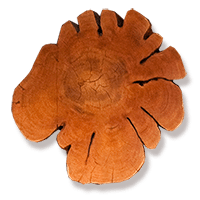 SHOP PIONEER CLOTHING
This message is only visible to admins.

PPCA Error: Due to Facebook API changes on September 4, 2020, it will no longer be possible to display a feed from a Facebook Page you are not an admin of. The Facebook feed below is not using a valid Access Token for this Facebook page and so will stop updating after this date.
Tweets by TimberKings